1.) Justin Allgaier – After scoring win #5 on the season at Indianapolis, Allgaier comes into Las Vegas the hottest driver in the series right now. Since 2016 he has never finished outside the top 10 however, he does not have a win. With no cup drivers in the field, look for the #7 BRANDT Camaro to battle for the win this weekend. 2.) Christopher Bell – Earlier in the year Bell sat on the pole, led 6 laps, and brought home a 2nd place finish at Vegas. Based on the speed he had earlier in the year, the 23 year old will lead the Joe Gibbs stable again this week.

3.) Elliott Sadler – In the 3 previous races at Las Vegas, Sadler holds an impressive average finish of 7th. He is coming off some bad luck last week at Indianapolis but crew chief Kevin Meendering will be getting things back on track prior to the start of the Chase for the championship as it is Elliott’s last chance at a championship.

4.) Daniel Hemric – Daniel finished inside the top 10 in all 3 stages earlier in the year at Las Vegas, with a finishing position of 6th. Daniel has been knocking on the door to get his very first Xfinity Series win this season, he has finished 2nd two times, and 3rd seven times. Use Daniel with confidence this week.

5.) Brandon Jones – A quiet run at Indy last week finishing 10th, Jones has completed 3 career races at Las Vegas and finished 7th when the series came to the track earlier in the season. After a few rough past couple races, look for the #19 car to get back into the top 5 this weekend. 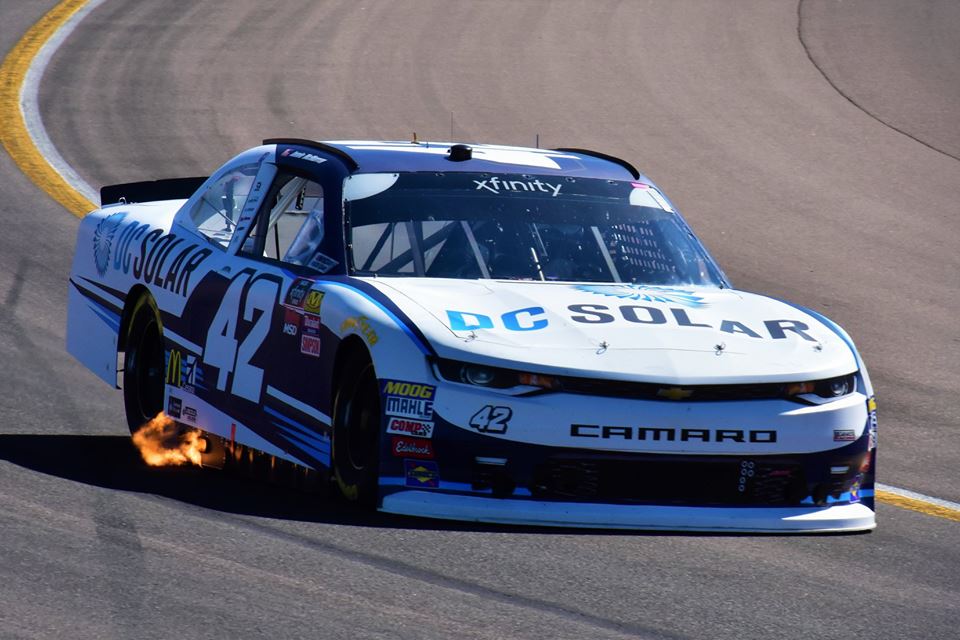 Tweed’s IN: Ross Chastain –  This will be the story line this weekend I believe. Will Ross be able to duplicate the run he had at Darlington when he was last in the #42 DC Solar Camaro? He led 32 laps and was in contention for the win at one of the circuit’s toughest tracks. I am all in on Ross this weekend!

Tweed’s OUT: Cole Custer – Cole had a streak of 8 top 10 finishes in a row going up until last weekend’s mishaps at Indy, He only has 2 career starts at Vegas with an average finish of 10th. It will tough to beat the competition listed above. Be careful if you consider using Custer this weekend.

Spencer Gallagher – Back in the saddle for the first time since Mid Ohio, Spencer looks to have an impressive run in front of his hometown fans. He will be lower on salary this week and has a good enough car to be in contention for a top 10.

Ryan Sieg – 3 top 20 finishes in the last 4 races for Ryan. He should be of value this weekend as he looks to rebound from his blown engine when they visited Las Vegas earlier in the year.

Landon Cassill – Landon is filling in for Ross Chastain while he drives the #42, as he did at Darlington. Landon scored a 14th place finish in the #4 Flex Seal Camaro. He will be low on salary this weekend and will definitely be worth a look.

Joey Gase – Joey scored a 20th place finish at Vegas earlier in the year and has finished inside the top 20 three of the four previous Xfinity races. Use him as a lower salary guy this week to make room for other drivers that have high salaries.